No matter what it is, if it’s free, we want it! Americans are guilty of accepting anything and everything that’s labeled ‘free’. Whether it’s free samples of broccoli casserole at the grocery store (even though we don’t like broccoli), or a free dollop of lotion tucked inside a tiny packet in a magazine (that only covers half of one hand), or a water bottle advertising a mortuary (which I was recently offered), we want it! Most of those freebies end up in the ‘miscellaneous’ drawer, only to be found 3 years later, and thrown away (by your organizer).

You know the saying “There’s no such thing as a free lunch”? It means that nothing is ever truly free; there’s always some sort of price to be paid. When accepting free stuff, that you neither want nor need, that price is clutter. Unfortunately, we pay the price when clutter takes over our physical, mental and emotional space. It doesn’t happen overnight, which is why it’s so tricky! Clutter creeps up slowly, and before you know it, your possessions now possess you!

I have a question on my assessment form that I always ask potential clients. “How do you hope to feel when everything is organized?” 9 out of 10 times the answer is “Free”. When clients answer this question you can almost see the image of a clutter-free space going though their mind. This image takes the place of the cluttered reality they live with on a daily basis.

Ahhh, freedom! What we all yearn for and dream of! The feeling of not being burdened by anything; the feeling of gliding easily through life! I had a client who simply put her mail into boxes when it arived. She had online bill pay, so she didn’t need the paper statements, but she wasn’t sure if she should keep them, and everything else that was sent to her (just in case). She had moved several times, and just had the boxes of mail moved with her. With every move the boxes grew and grew. She was about to move again, and here employer (who was paying for the move), said she needed to decrease the weight of the move. She knew the 30+ boxes of mail, dating back the 1980s were the problem. When I came to work with her, she was adamant about going through each envelope and piece of mail to make sure she wasn’t getting rid of anything important. After doing this for several days, she realized the toll it took on her emotionally and mentally. I was then able to talk her though the notion that if she hasn’t needed any of these papers in the last 3 decades, how important could they really be? I think that gave her the freedom she was looking for and the boxes of mail headed out the door to be shred!

Our culture is based on the notion of “he/she with the most stuff wins”. But what do we really win? In the end, the more stuff we have, the less free we tend to feel. So why do we find it so difficult to get rid of our stuff? And why do we acquire more stuff?

What does ‘free’ mean to you?
Don’t accept any more free stuff!
Free yourself from clutter!

Basement declutter to put house on the market. House sold in 3 days after declutter 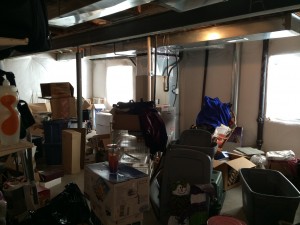 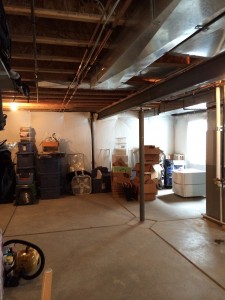 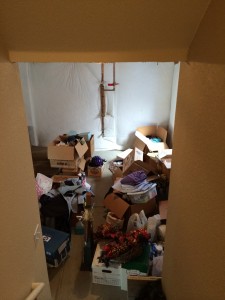 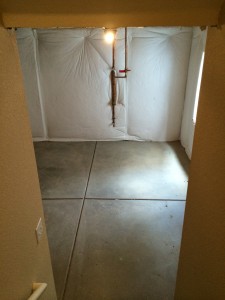 ... other posts by Simplify Me

Copyright © 2012-2022 Simplify Me All rights reserved.
This site is using the Desk Mess Mirrored theme, v2.5, from BuyNowShop.com.